We set out to find the Pike and Walleye this past weekend! We had around a foot and a half of snow on the lake so the plow and tire chains came in handy. I think its time for new tire chains as I broke 3 links and had to bolt the links together to keep on going. I think its also time for some new tires on the Ford Plow truck as we have been putting on miles this year hitting lakes all over MN. I plowed out spots for 6 groups this last weekend. 5 groups on a shallow 1000 Acre lake primarily fished for bigger pike and walleye. The other house was in 24ft of water fishing for crappies and walleye. The house on the smaller lake caught 6 walleyes and 6 pike 3 pike in the 22 inch – 26 inch slot that had to go back.

The other lake that I had 5 groups set up on the fishing was mostly a waiting game. I had two groups that really wanted to bag some pike and those two groups did not do as good as the other three groups. The other three groups did mostly catch and release so they put most of the pike back. That is the way it goes. We had sightings of walleyes on the camera last weekend but the walleyes just did not want to commit on the 1000 Acre lake besides one. Most of the walleyes we catch on this lake are 20+ inches along with some big girls 25 inches + so I feel that some of the lines that got bite off were the bigger walleyes. I kept hearing from a few groups that the hook sets felt like a giant log and then the lines snapped. Customers did say that they were not prepared for the bigger fish. I do still have one hook and go rental up on Lake Of The Woods so I look forward to hearing that report. Its always interesting to see sometimes customers go 300 miles on hook and go rentals and we end up catching more fish around home. Not always the case but that is fishing for you. Sometimes we see customers catch more fish on larger bodies of water and sometimes we catch more fish on smaller bodies of water. One thing I do know is we usually always catch something down in the Wright and Meeker county lakes.

For this weekend coming up we do have a sno bear outing open for Sunday. I have a guided package with 4-5 guys showing up on Friday. I am thinking we will chase crappies and blue gills and set up some portable shacks not far from the Grand castle for them to hop into for the low light hour bite for those bigger walleyes. As far as the 8 x 16 ice houses and the other grand castle they are all going on hook and go rentals. One is going to Mille Lacs and the other two are going up to the famous EelPout Festival. Today it was around 10 degrees and little to no wind so was comfortable out on the ice moving fish houses. As walleye and pike season will close at Midnight on February 24th we will then be on the crappie bite for the rest of the season. 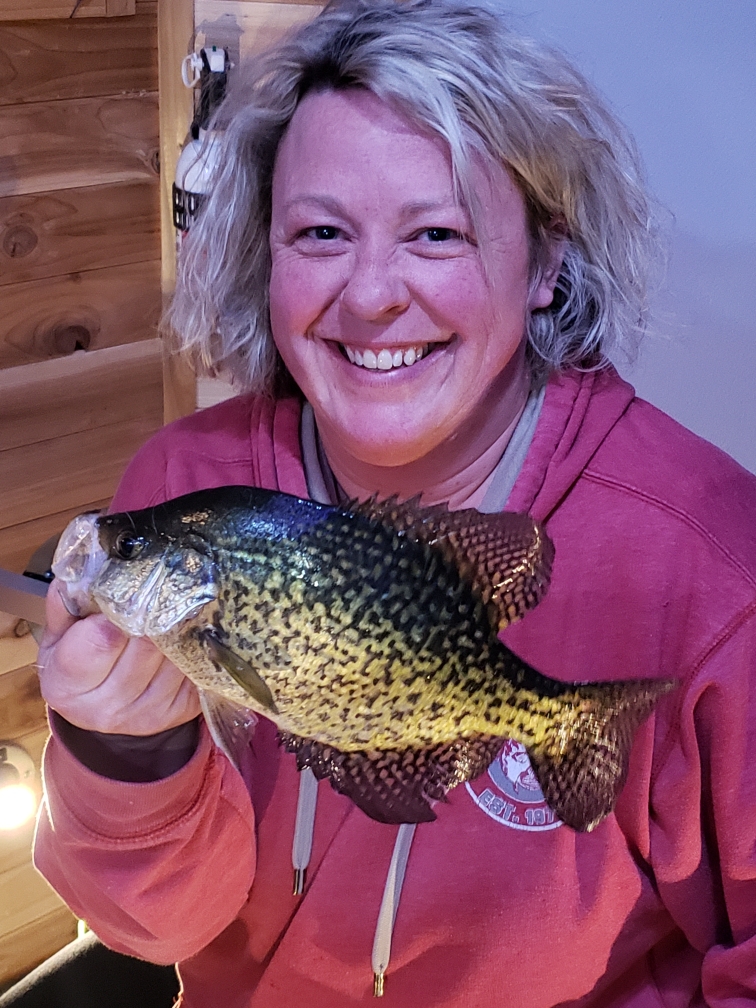 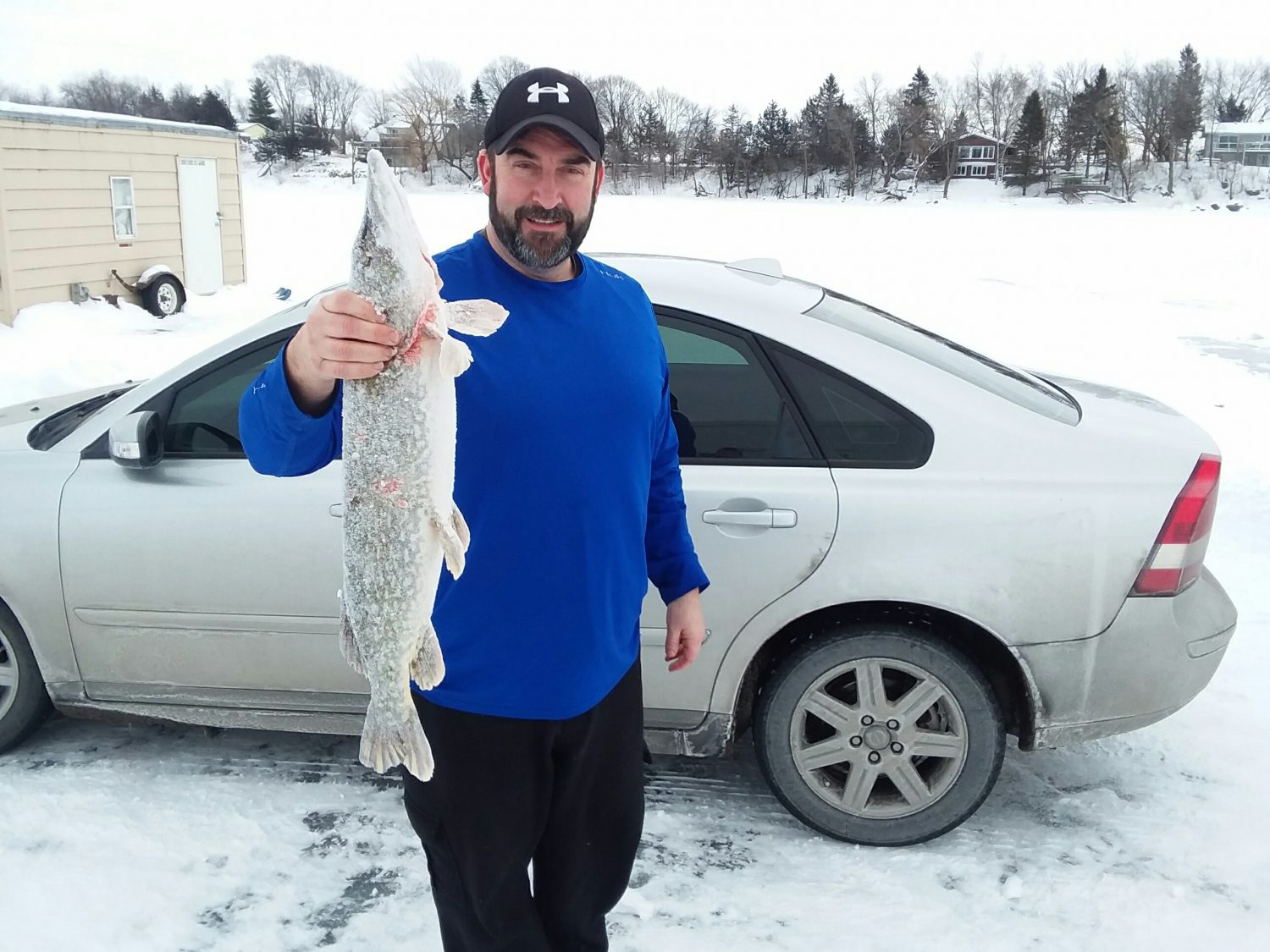 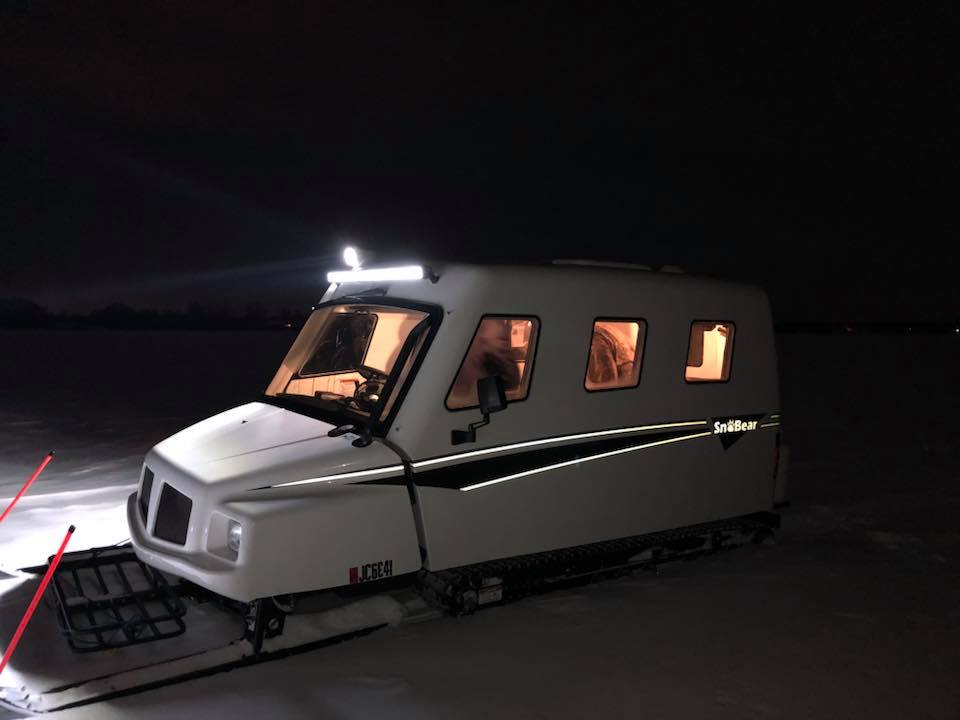 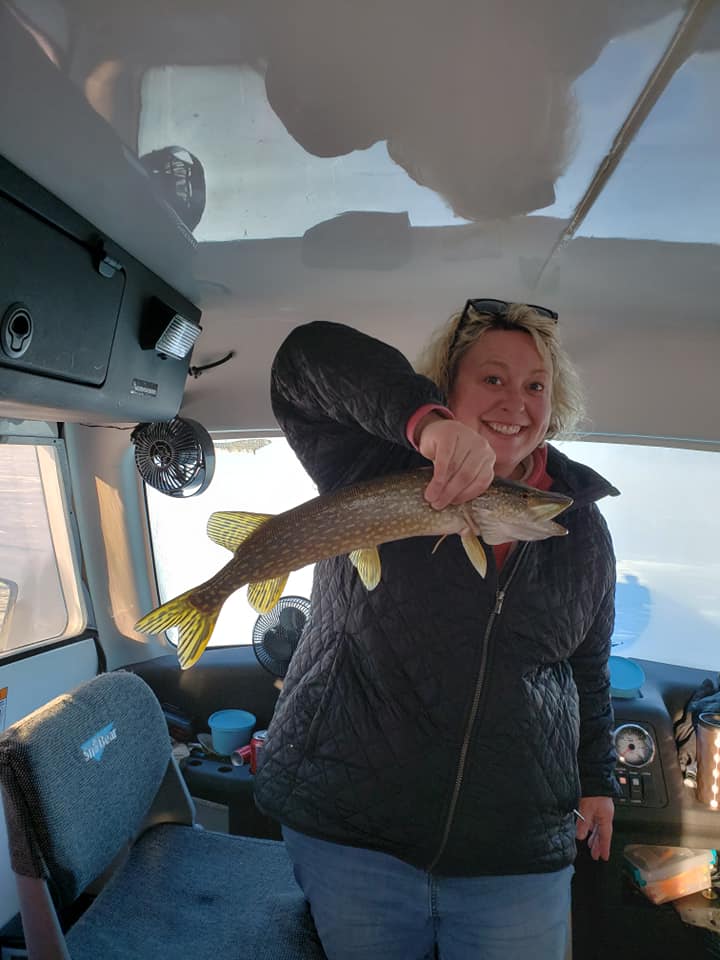 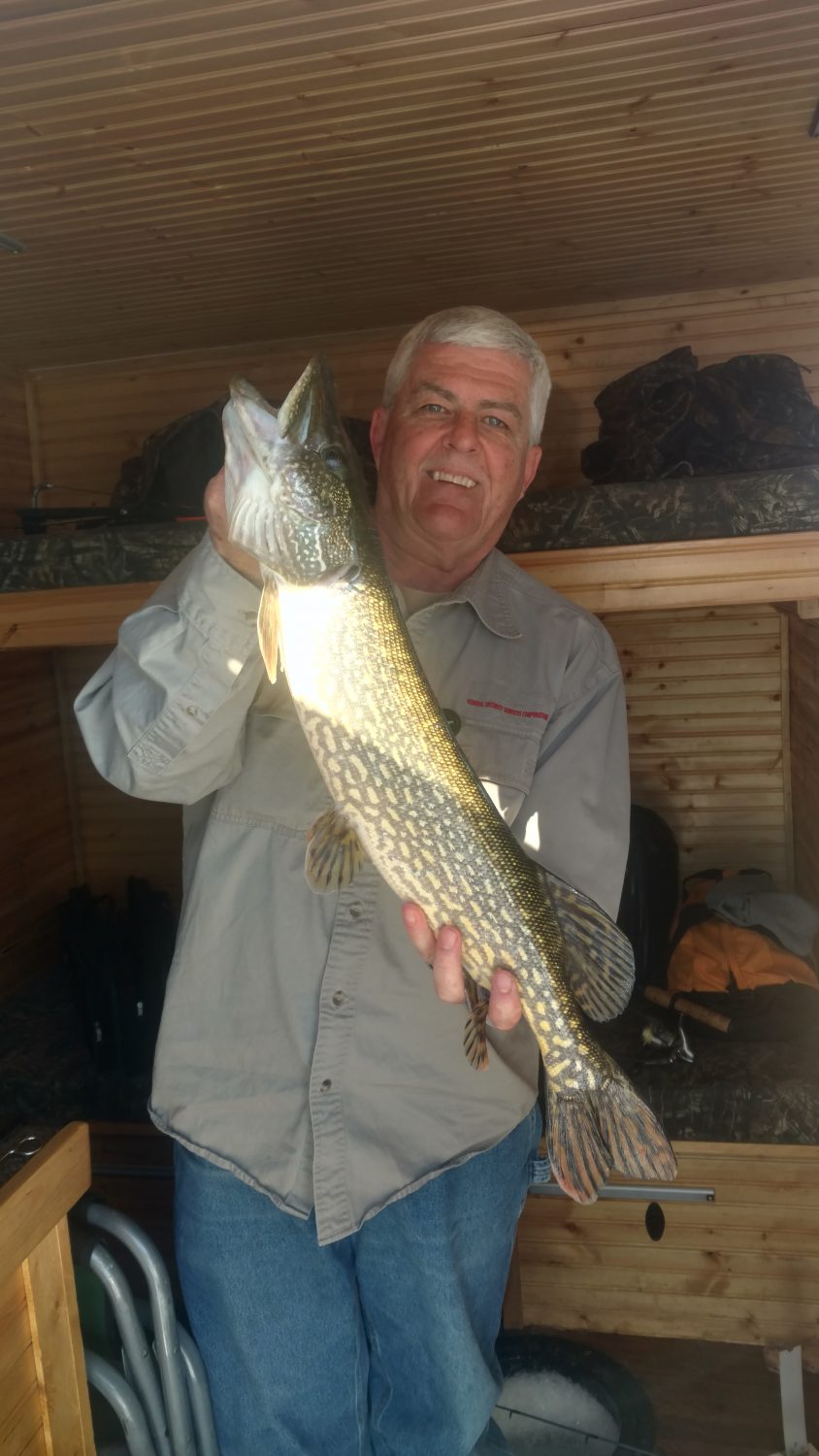 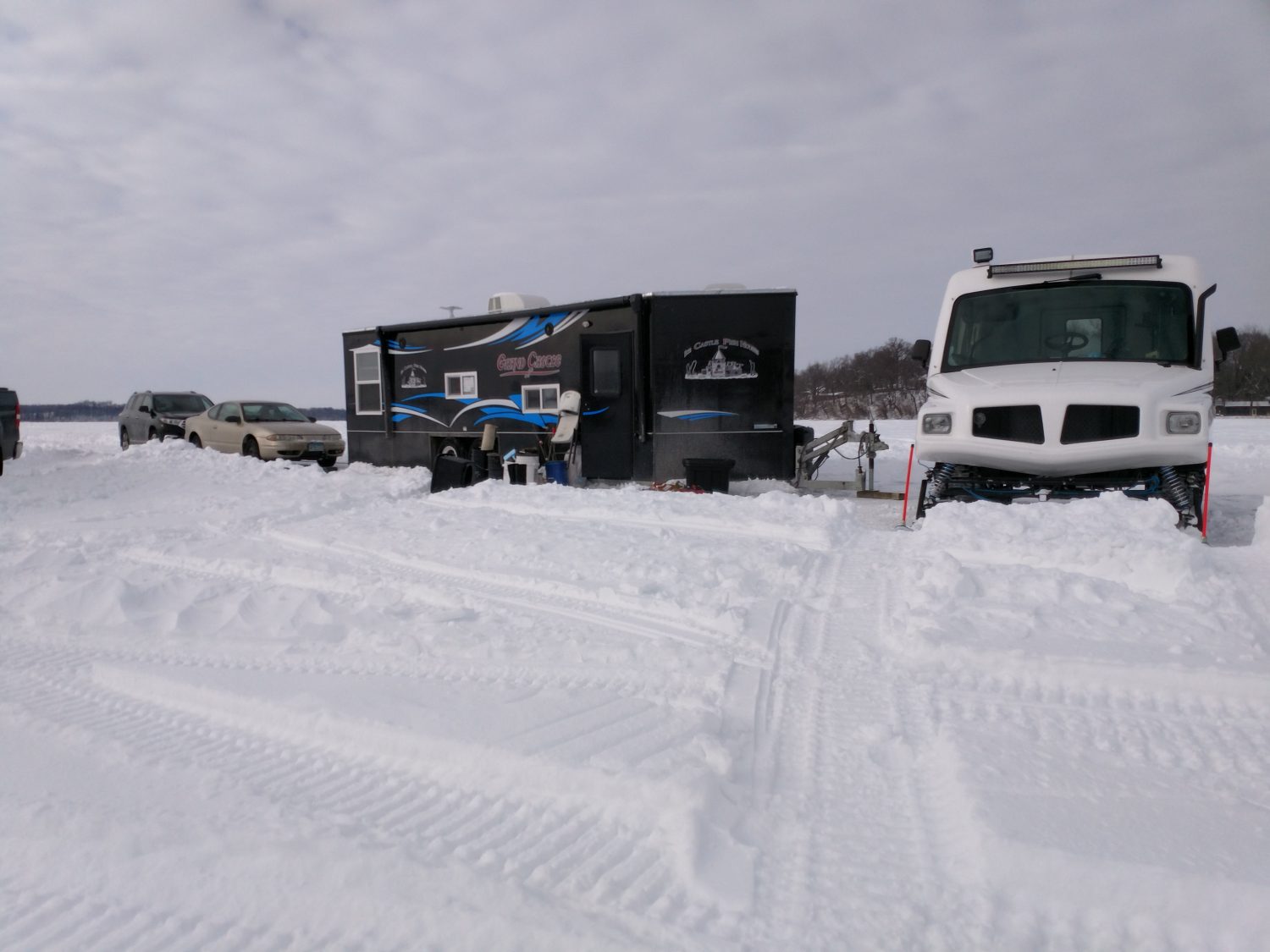 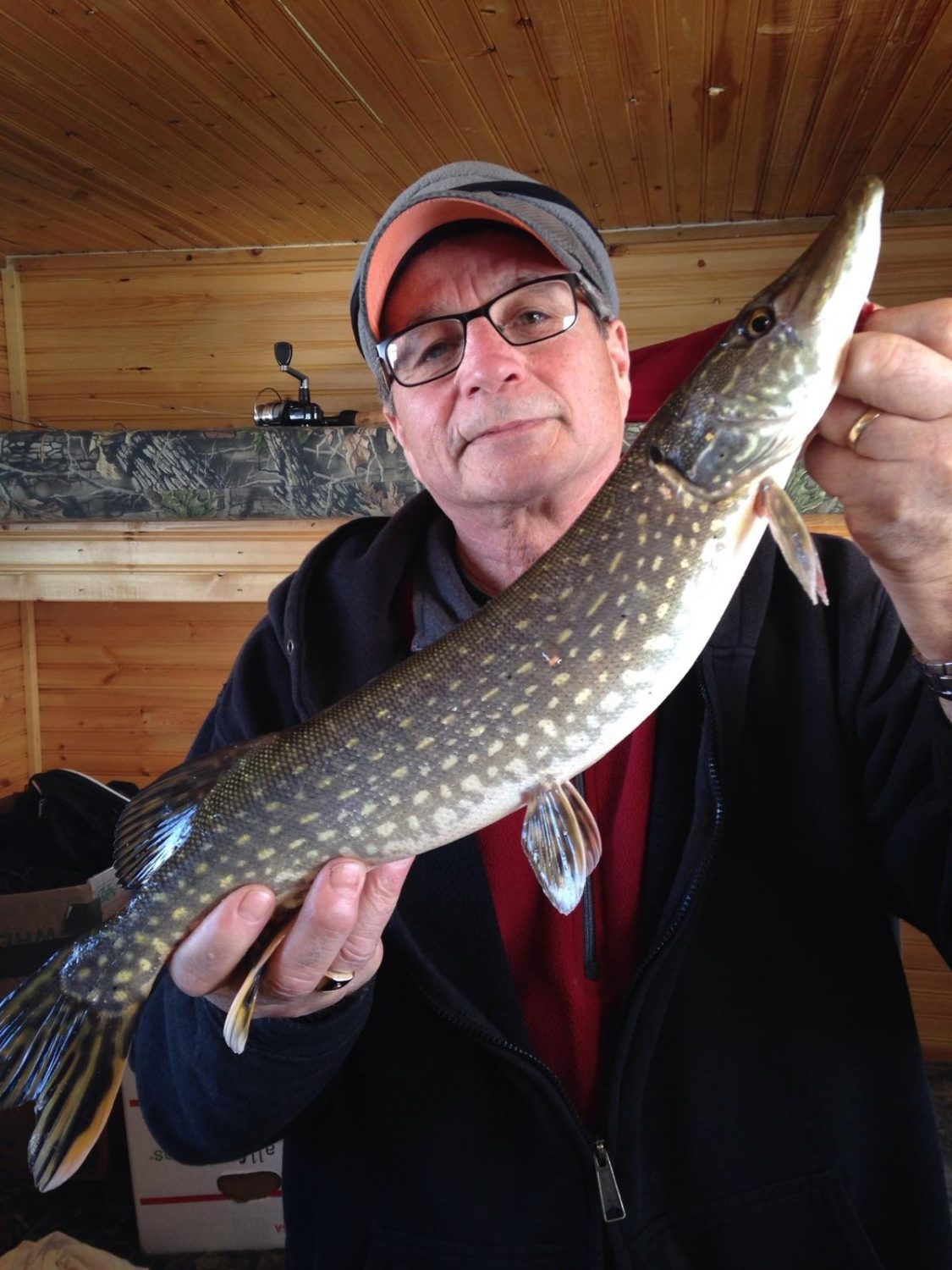 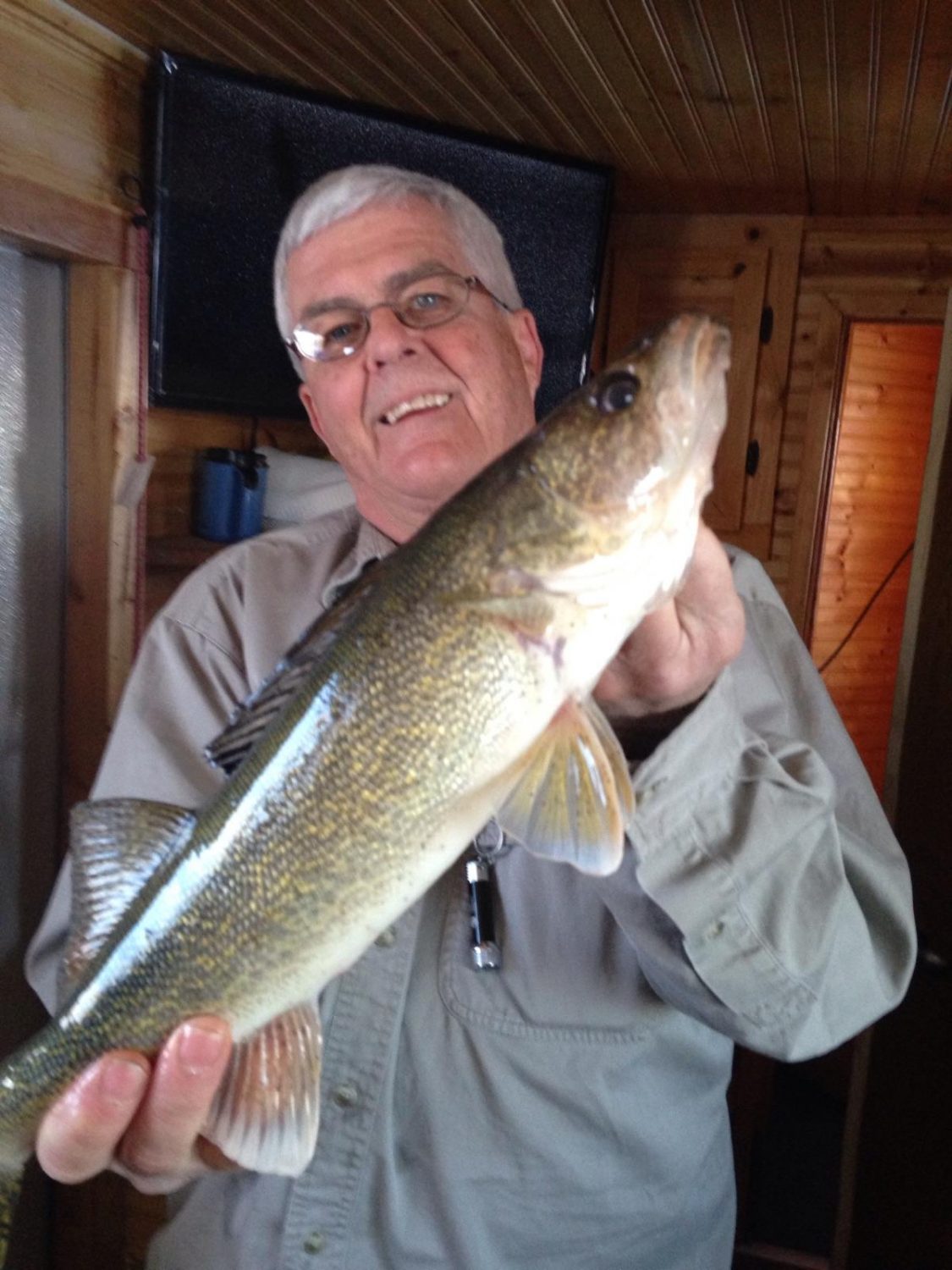 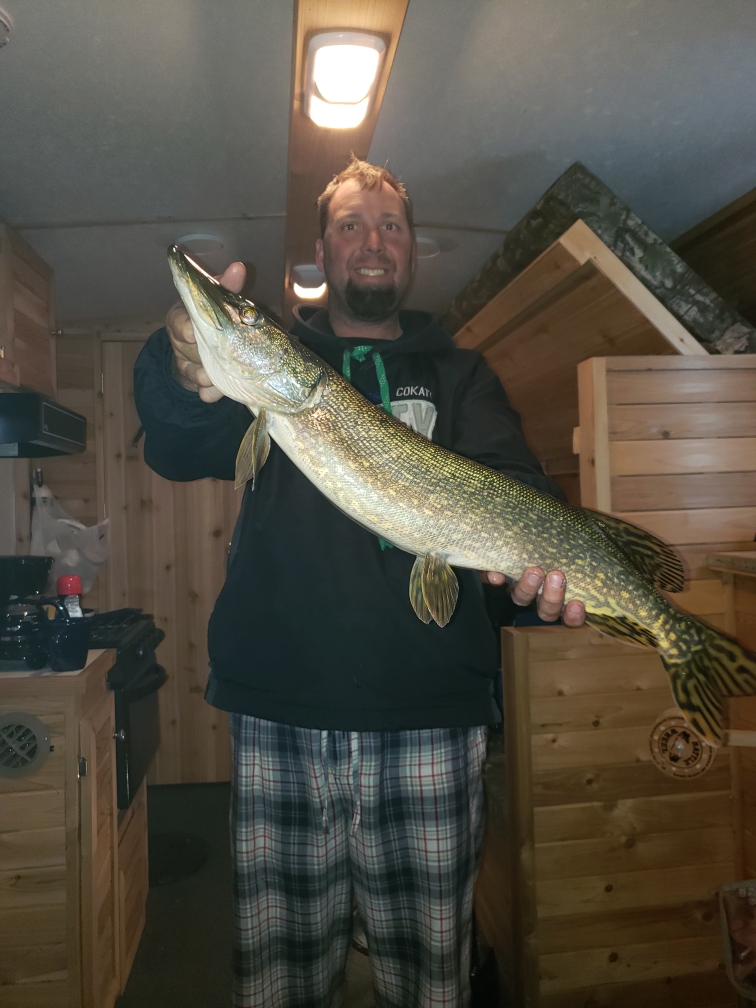 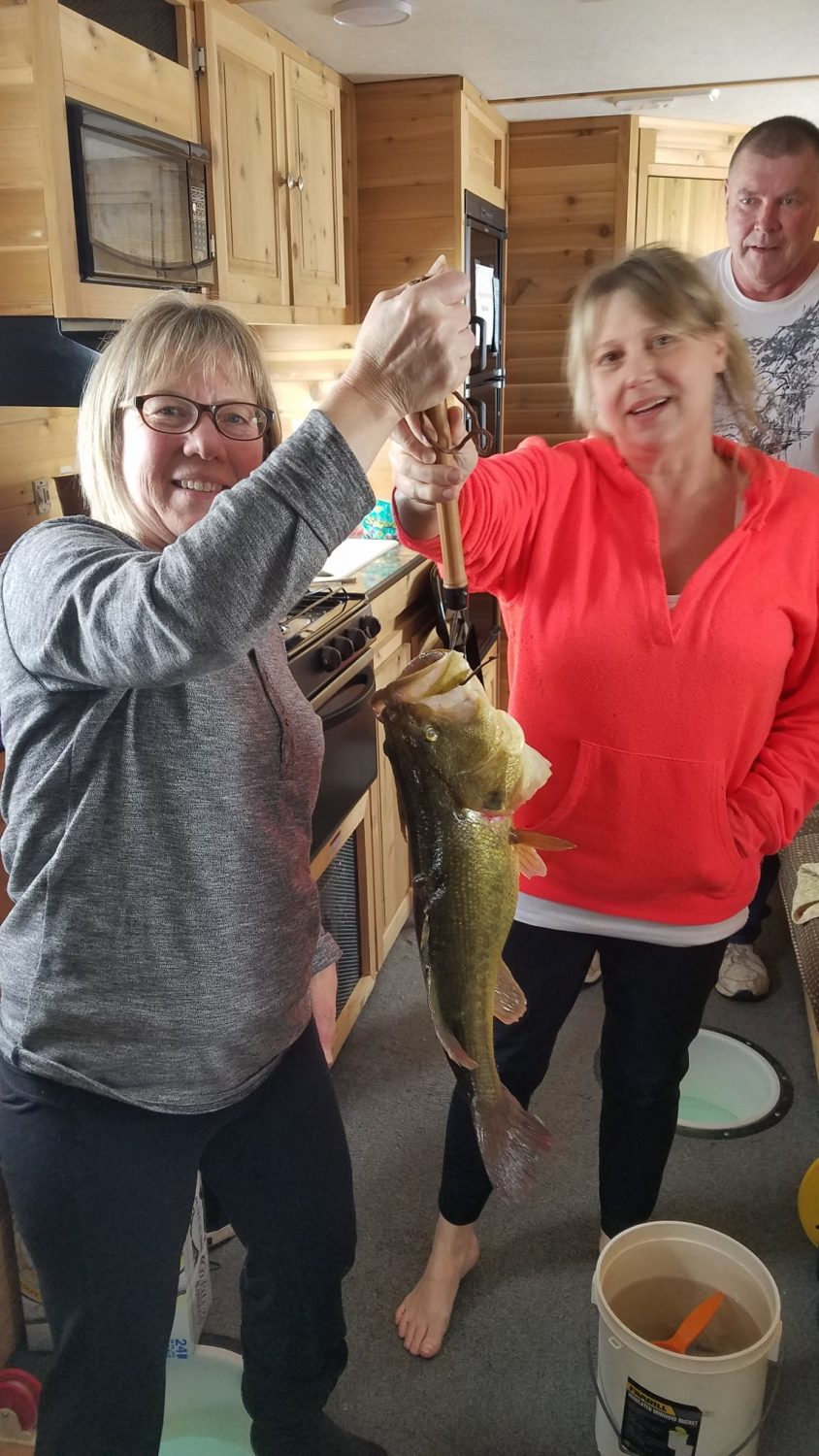 Well we sure have had lots of snow this year! The plow truck is getting some hours put on it. In the Annandale area we are seeing around 20 inches of snow on the lake now. Last time I checked was 22 inches of Ice. We might have a few more inches now. We have covered a ton of Ice in the last week. Over the last week we have been fishing on 4 different lakes. We are doing better in the Annandale area then the Leech Lake area so plan on staying in the Annandale area. We did a guided outing on Leech lake and hit a small lake off a logging trail and barely made it off that lake with a slush pocket the sno bear barely made it across. We did find the fish with the panoptix but hole hopping in 35 inches of snow can be a challenge and tire a guy out. So we caught a couple crappies and sunfish and decided to get back out onto Leech and try for Walleyes and Tulibee. The walleye fishing on Leech was slow for us. All I can say about Leech Lake is even track vehicles are struggling to get around up there so we are going to stick within 30 miles of Annandale area as the lakes are easier getting around on and the fishing has been better for us.

As far as customers doing hook and go rentals we are offering plowed spots with your hook and go rental with no extra cost in the Annandale area. This weekend we are running the sno bear Friday Saturday and Sunday. Monday we still have a openings for those of you with kids out of school give us a call! We have been fishing 19 Feet of water for Sunfish and crappies on one lake and another lake we are fishing Crappies in 43 feet of water.

This weekend we are going after big pike and big walleyes. I have saved a few spots for this weekend and am exited to see what this lake is going to produce! This lake also produces some nice Jumbo perch at times. We will be fishing 12.-13.5 Ft of water for the walleyes and pike. Give us a call if you want to get on some fish! 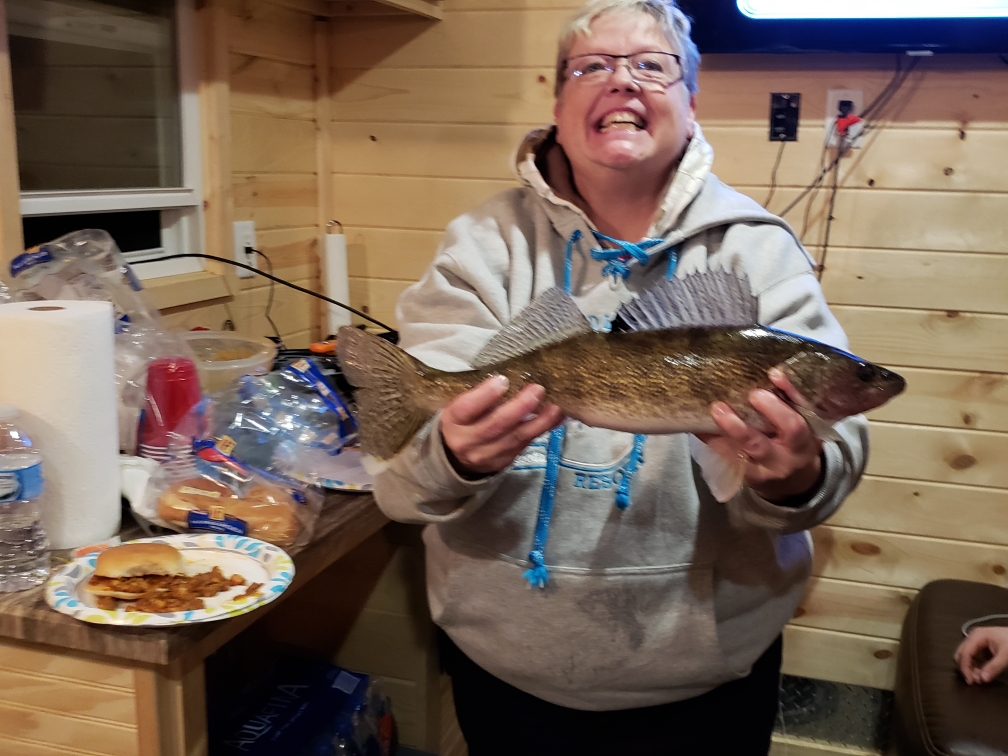 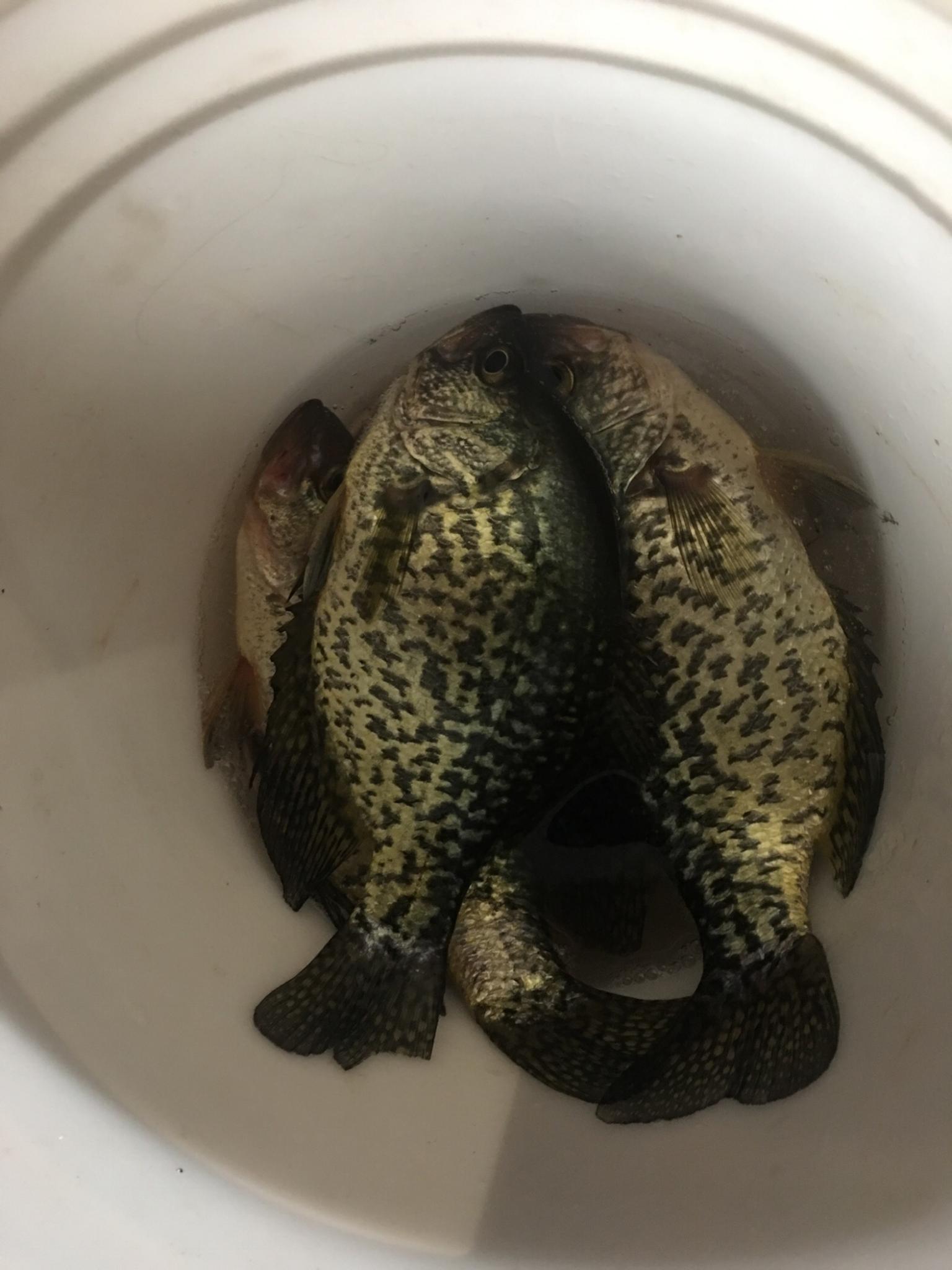