Its been busy and have had little time to write a reports and post the last two weekends. So I am throwing up some pictures of customers from last few outings. Below is the Darville family they fished on Mille Lacs out of Jerry Brandt’s lake Access. They fished the reefs in 19 Feet of water. They caught 10 walleyes. The biggest was 25 inches pictured below and they ended up with one slot fish at 22 inches. 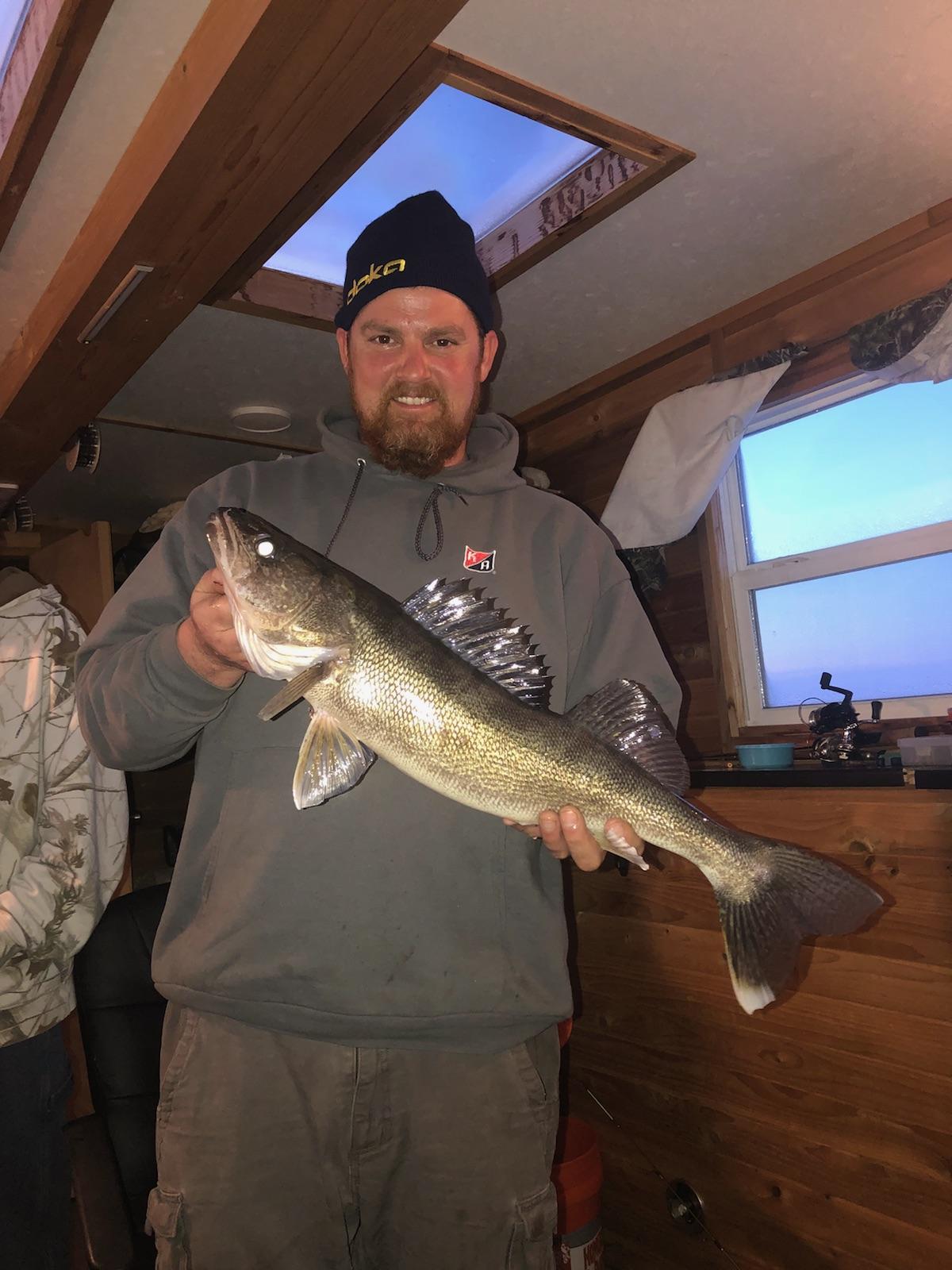 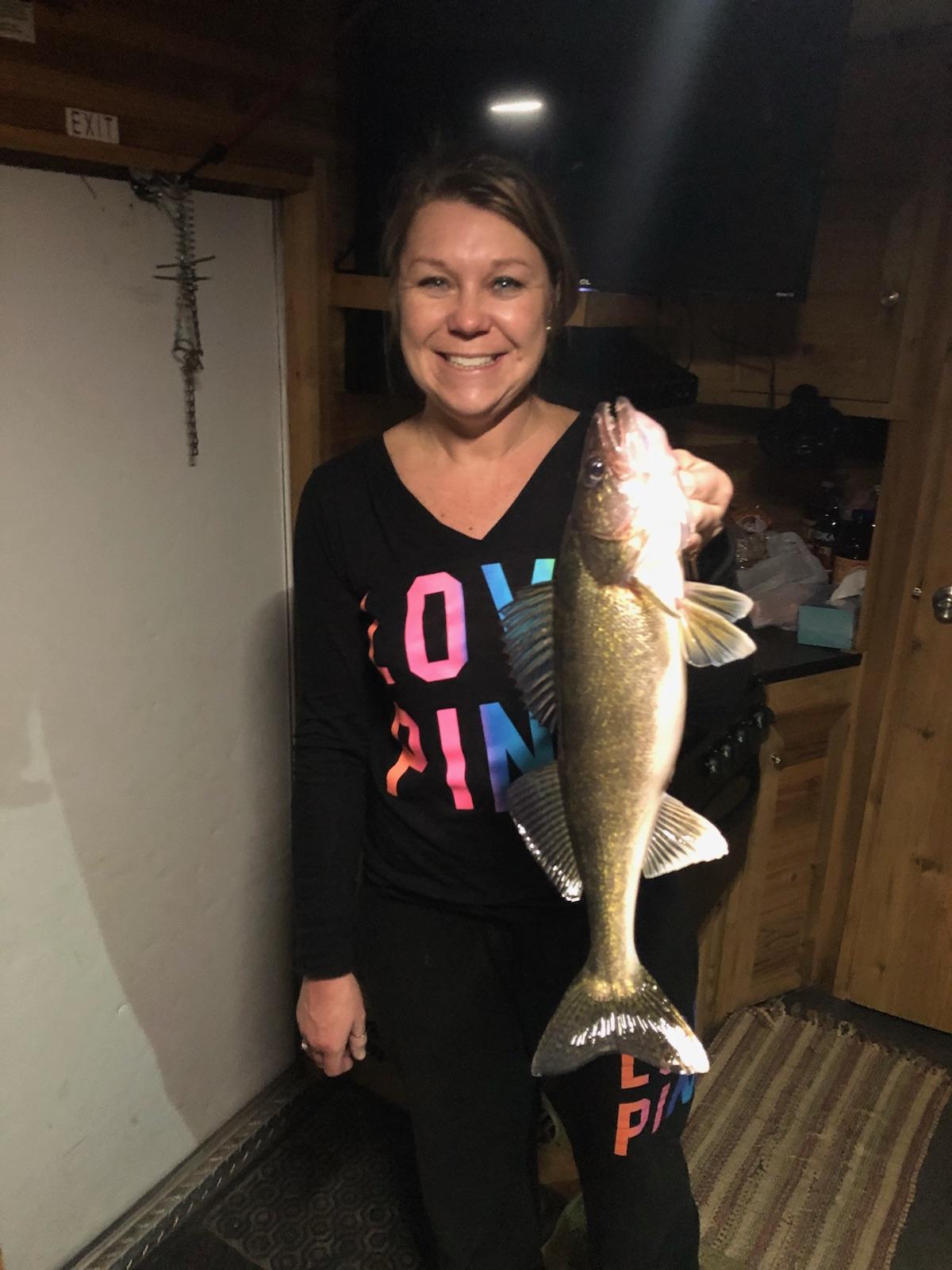 The next pictures are from another group that fished last weekend on Mille Lacs also they ended up with 12 walleyes and 12 tullibee. 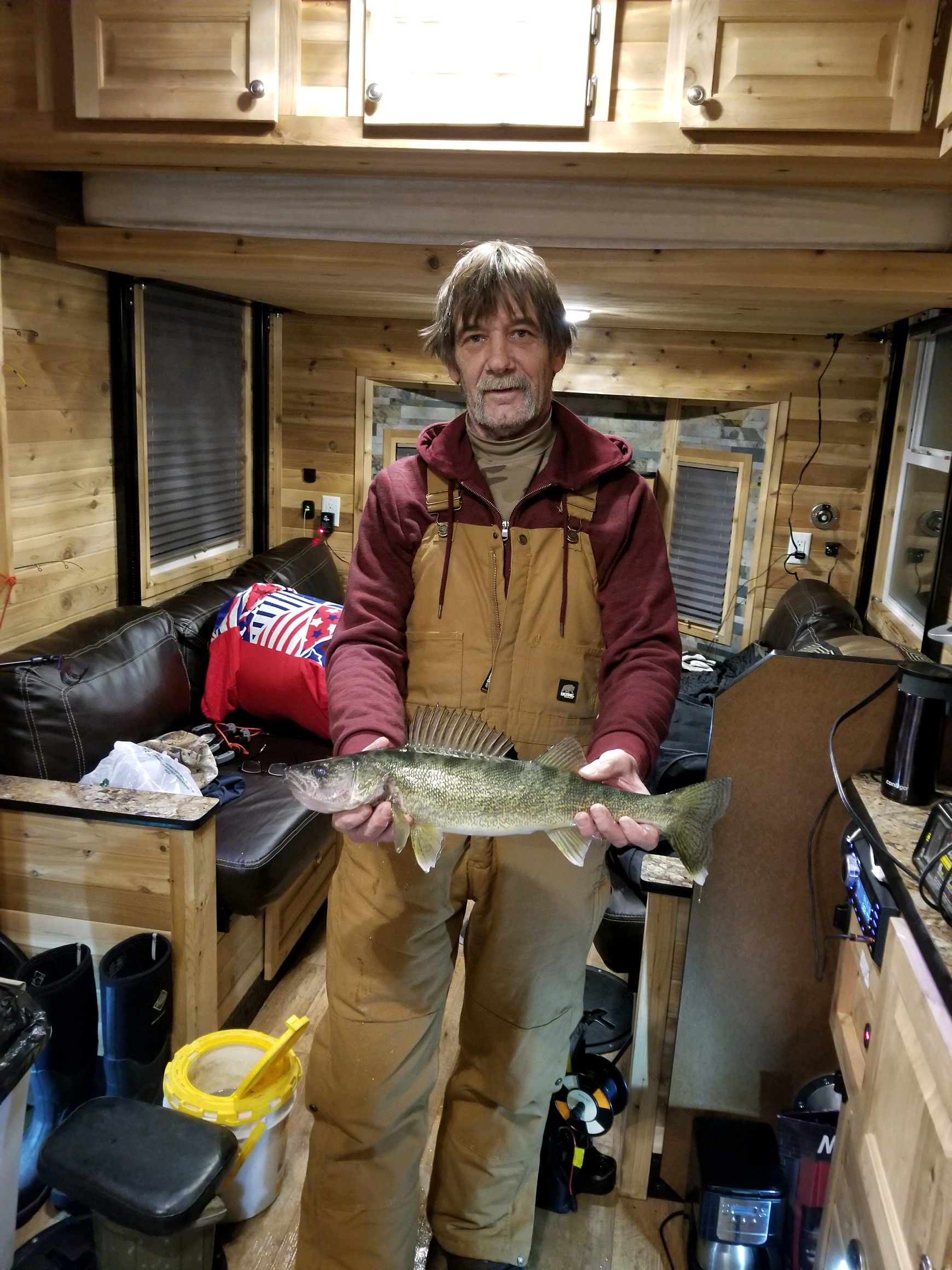 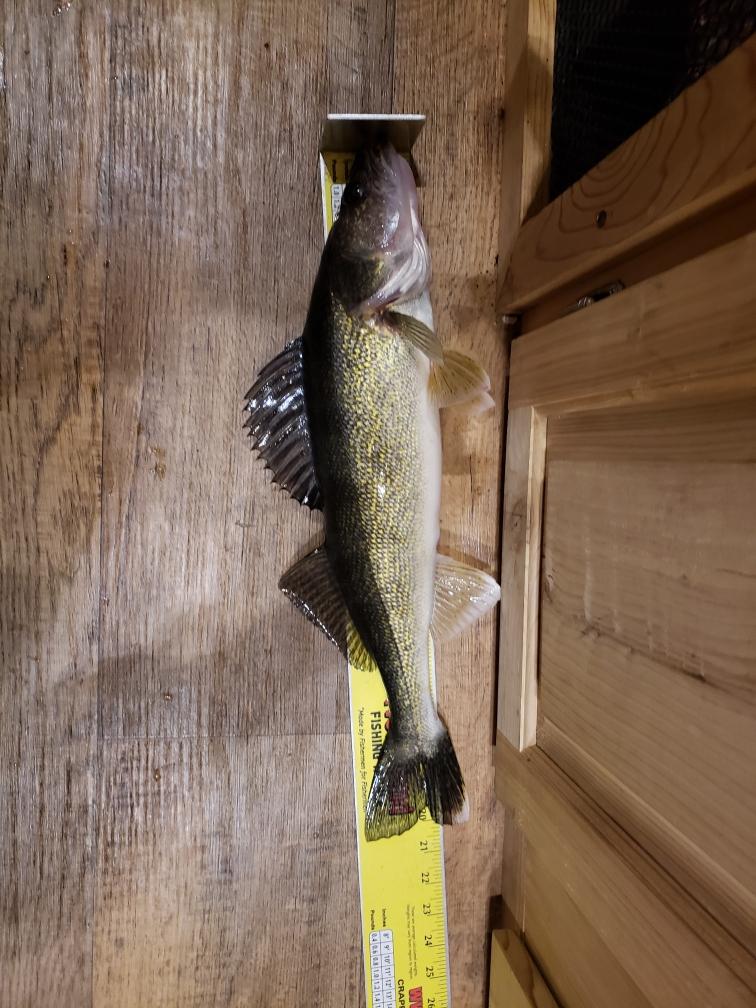 The next couple pictures are from the annual Dad and Kids trip I do every year with my Kids and my friend Dans kids. We started out on Miltona and could not get into the walleyes only perch. We did catch a couple keeper perch. We decided to pack up and go over to Osakis for the 2nd night. Some of the kids fished in the Ice Castle when we first started out on Osakis and caught a nice northern that was put back, a large mouth bass lost at the hole and saw some nice schools of sunfish passing though. A couple of us got in the Sno bear and went to chase some crappies pictured on the panoptix below you can see we found them! We did manage to catch around 8 crappies in this spot and 3 walleyes 1 16 inch walleye caught by Dan, and the other two caught by Broden Dans boy 13 years old he caught his two personal best walleyes at 23.5 inches and 24.5 inches. Fishing was a little slow. The walleyes came as a suprise fishing in 53 feet of water. They were hugging the bottom of the lake and caught on pink and gold Gem n Eyes. So for those of you looking for crappies on osakis work the 50+ft holes. I did try some rock piles on osakis and did not see much but some smaler perch this was mid day so maybe that was why. 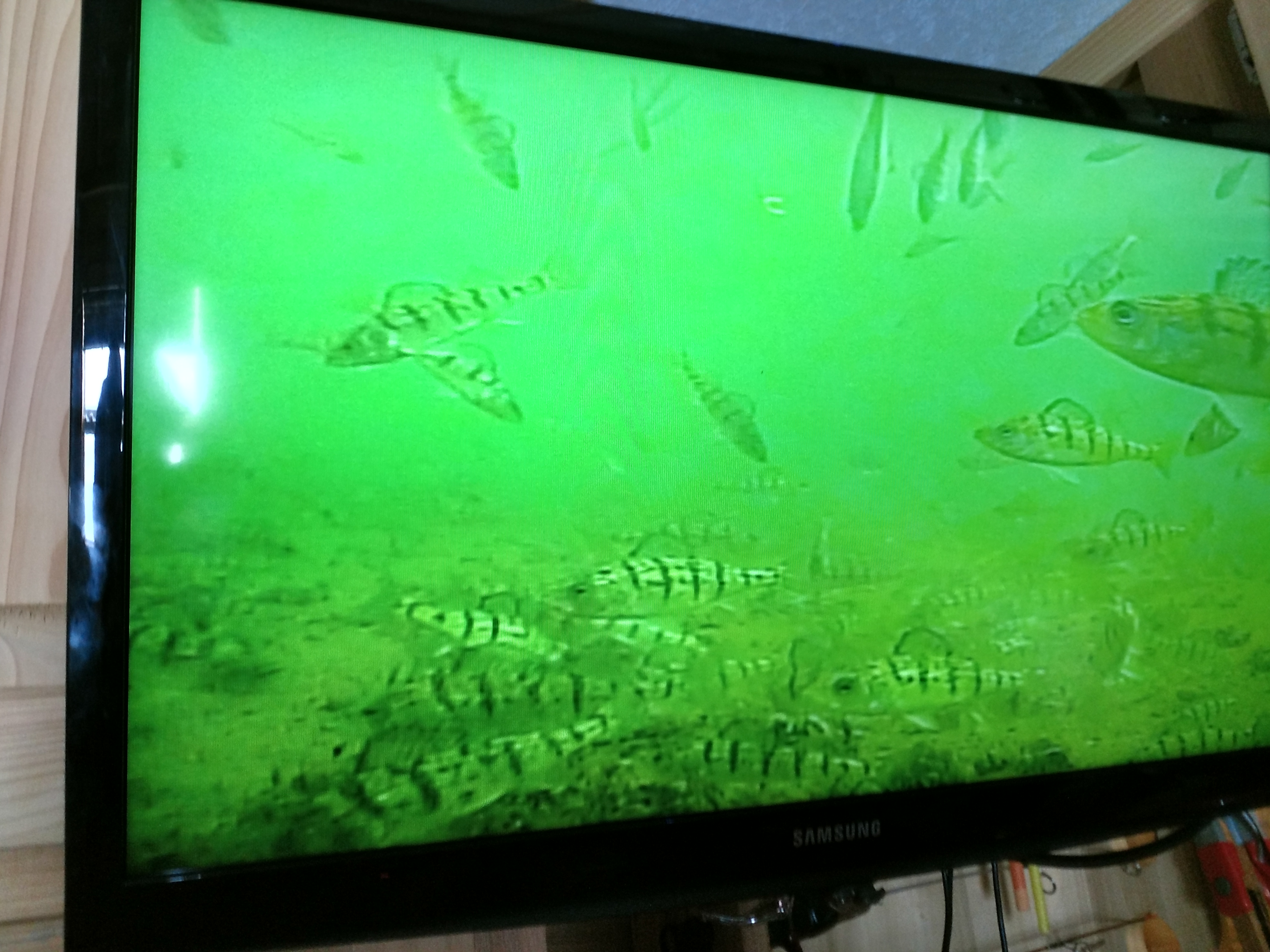 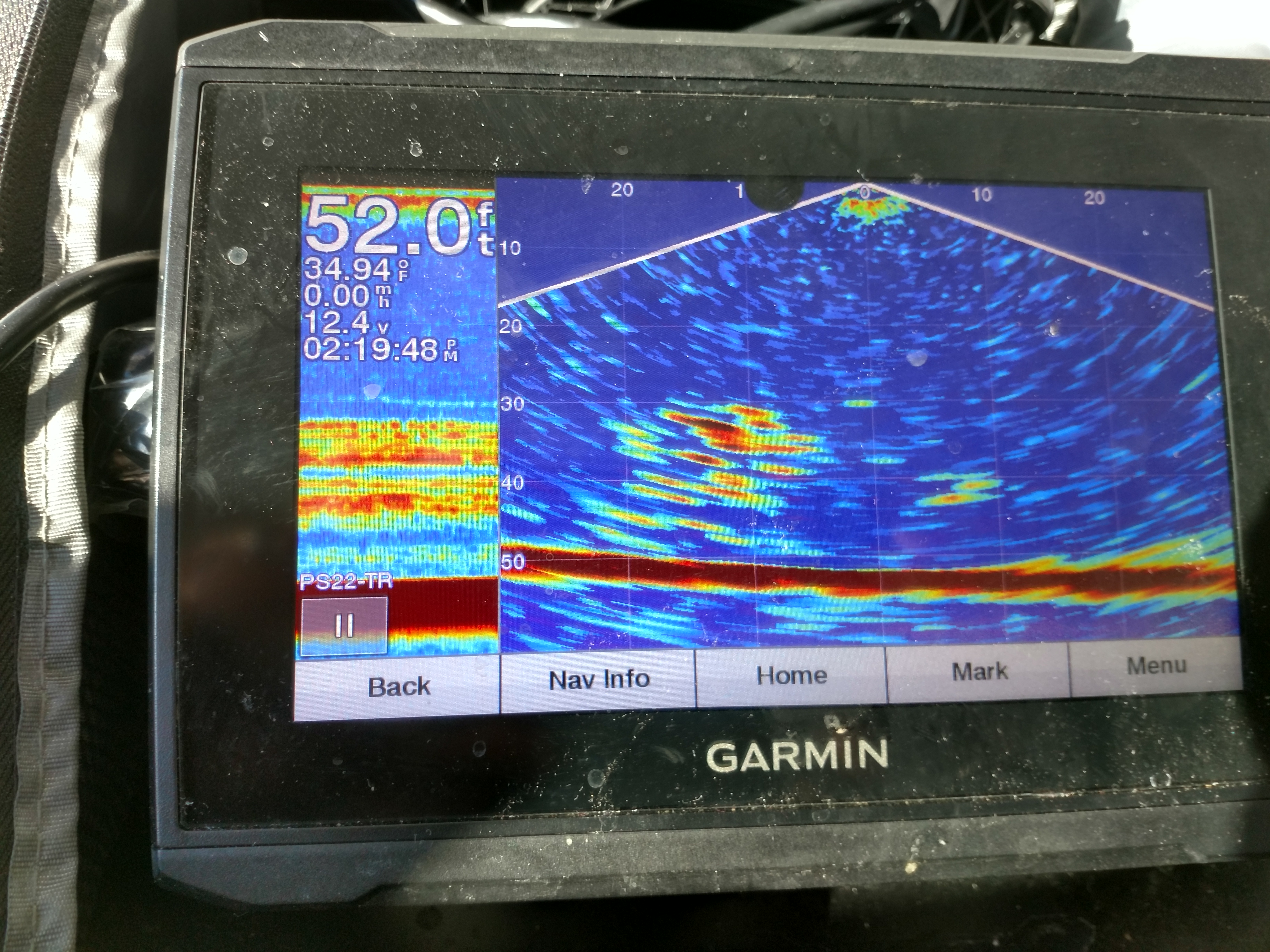 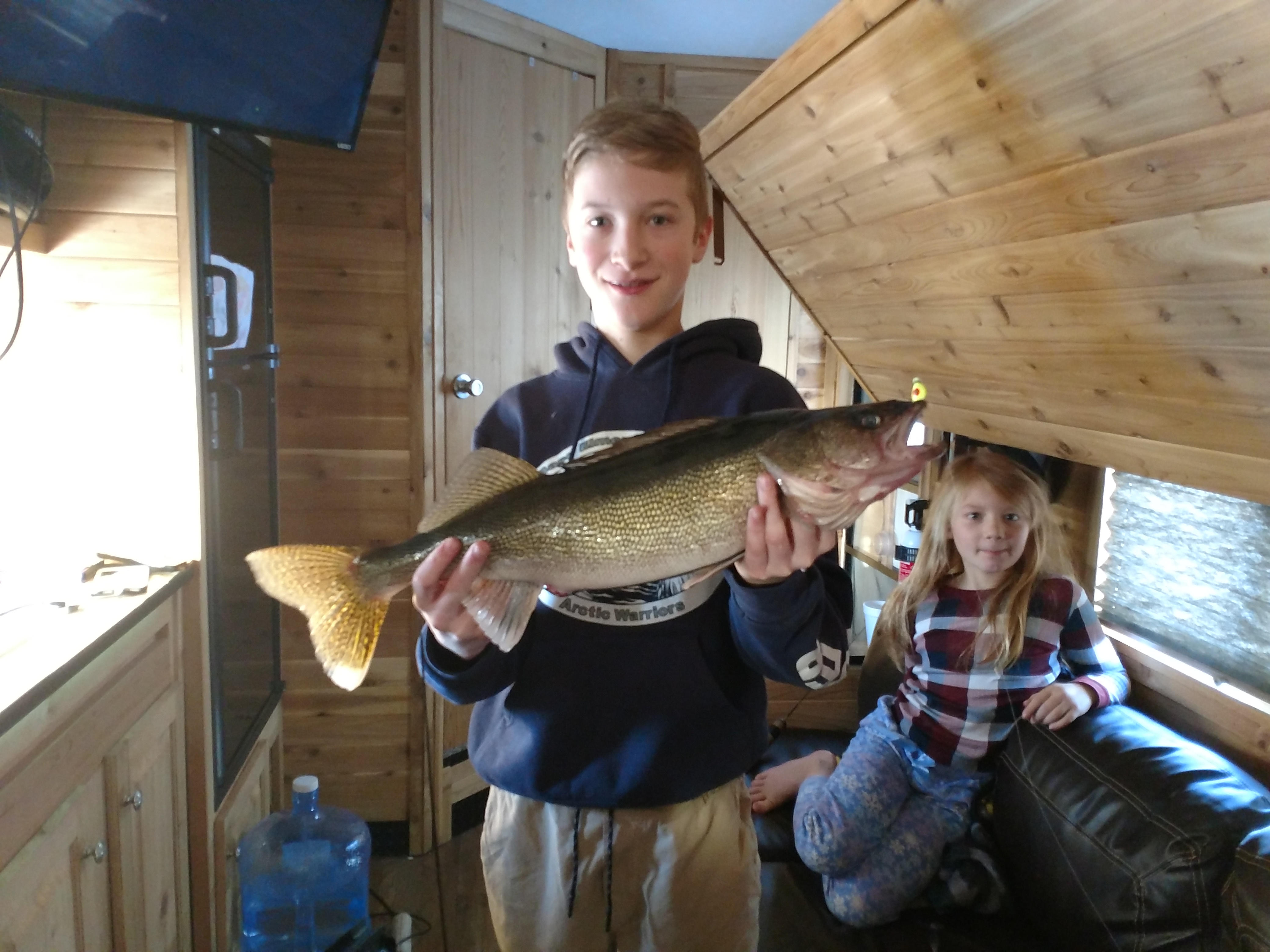 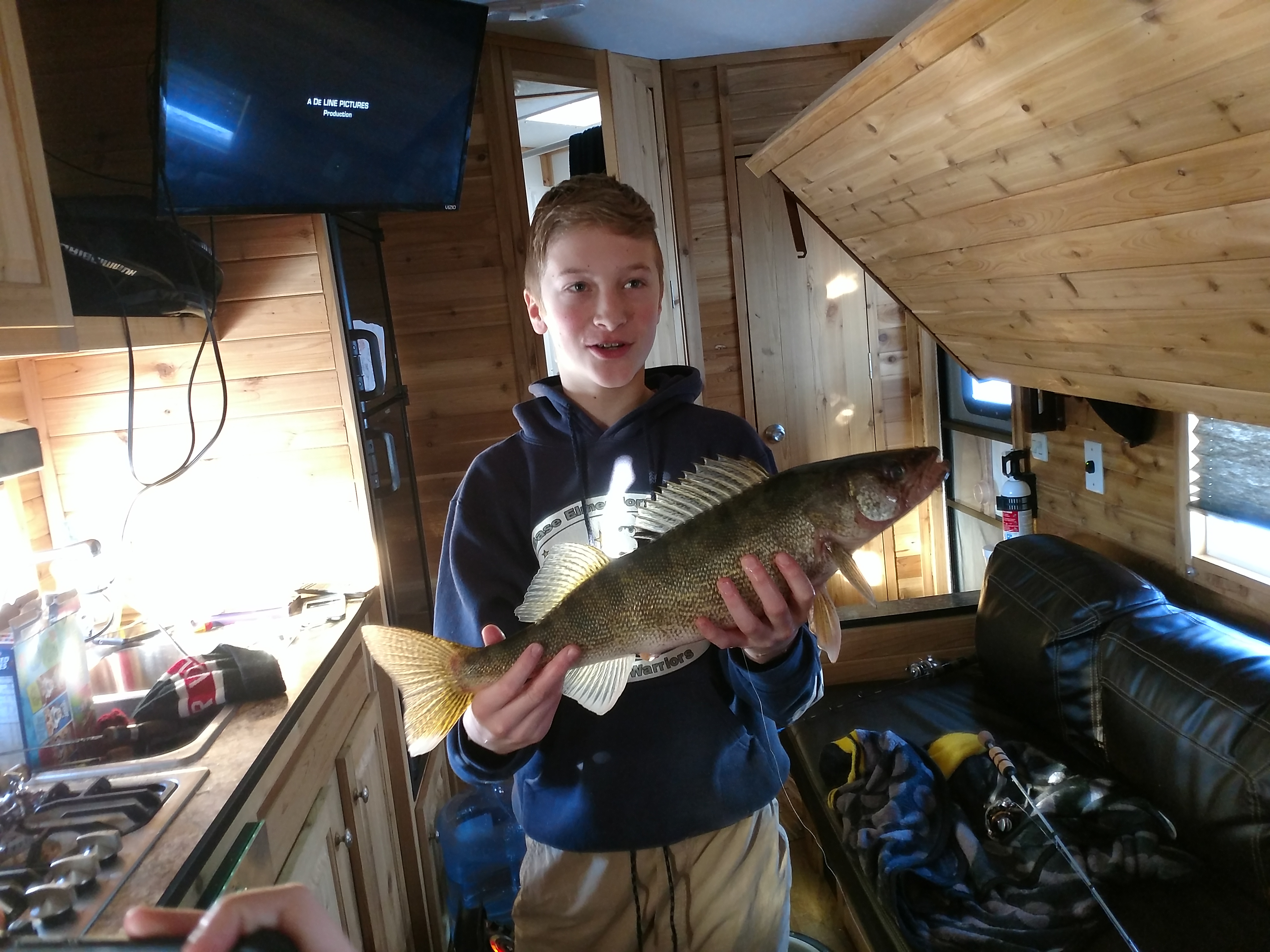 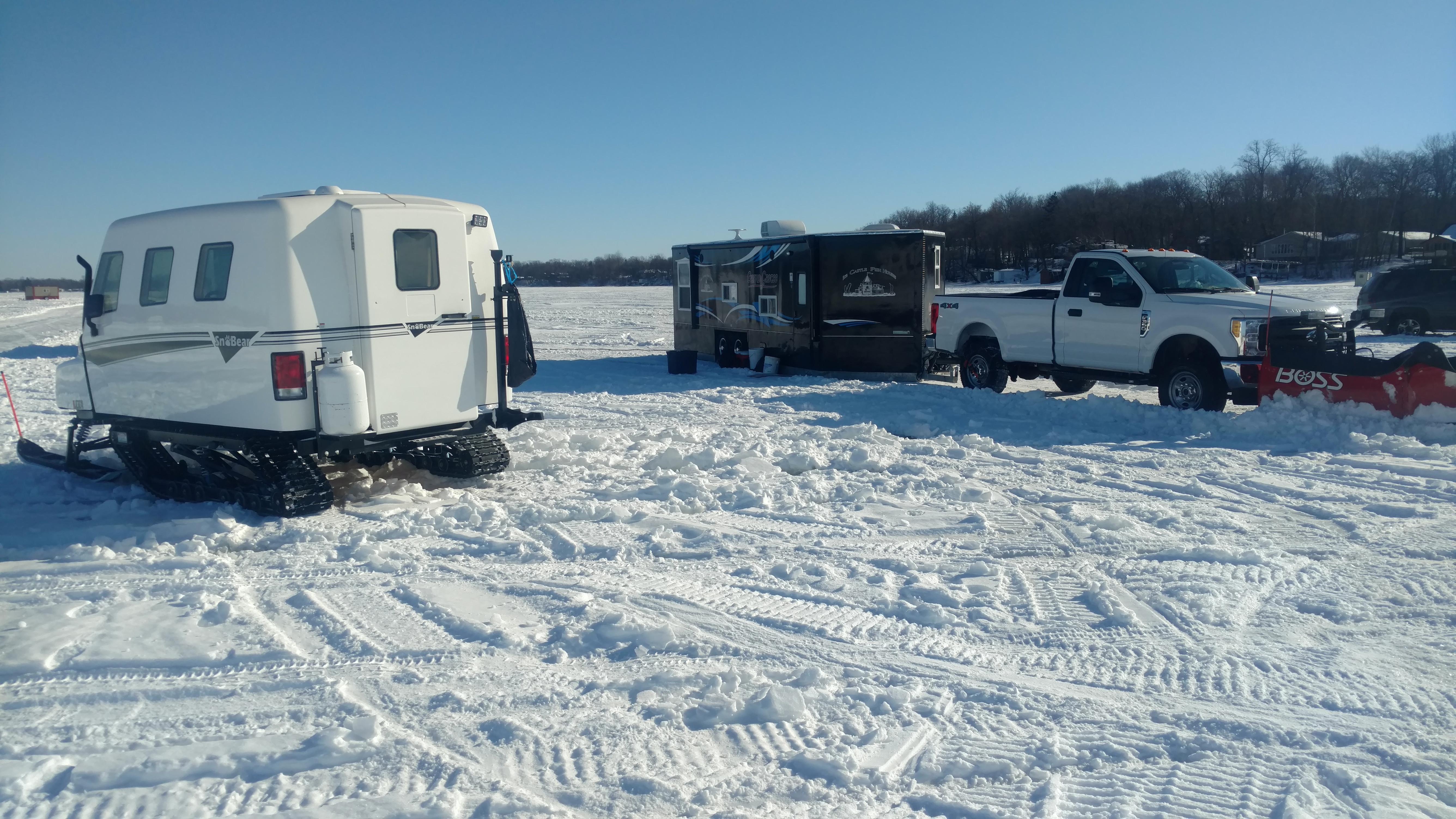 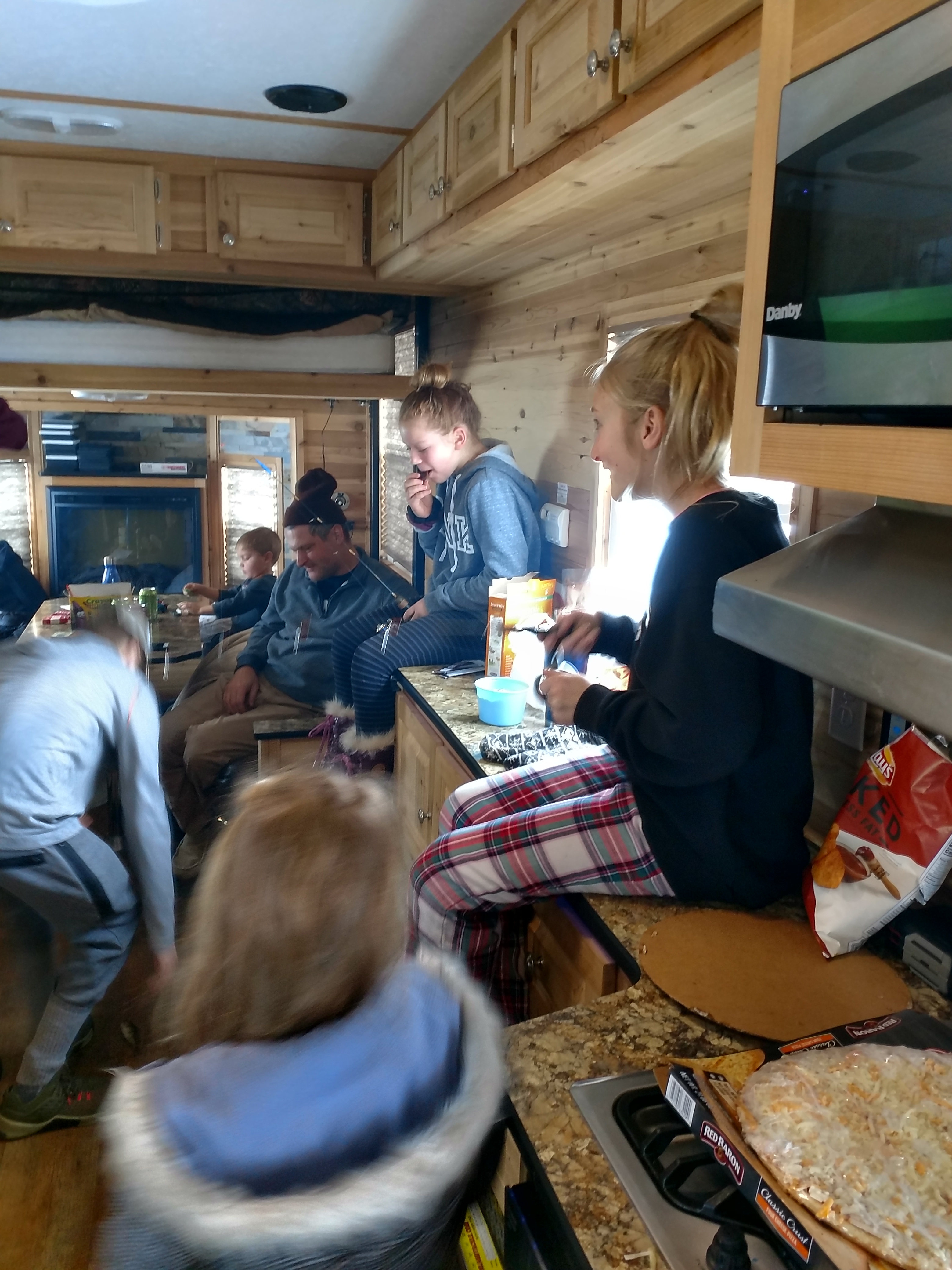 We had another group that fished on Fish Trap lake. Looks like they got into the Pike! They had a great time also. Pictures below are from there group! 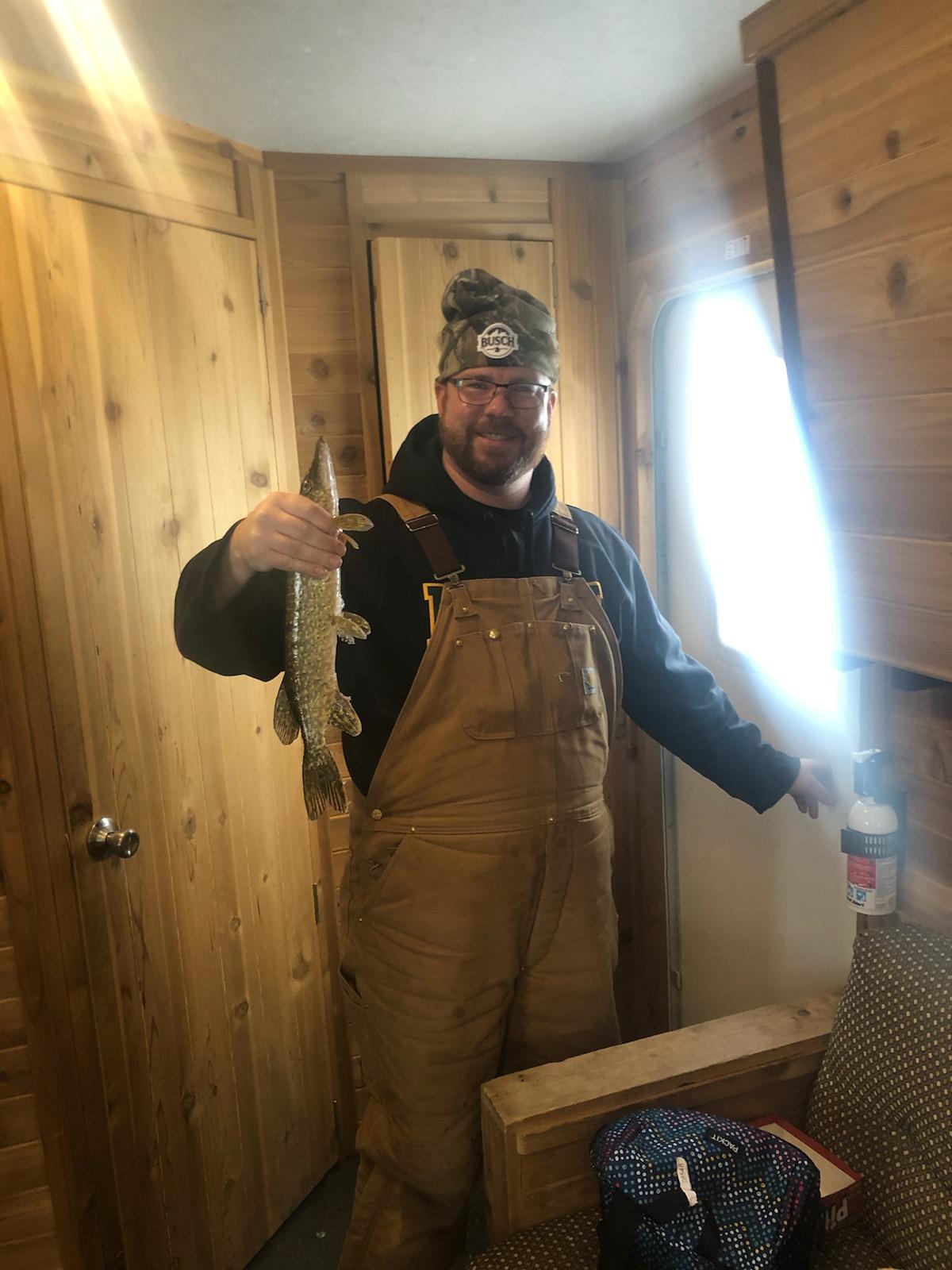 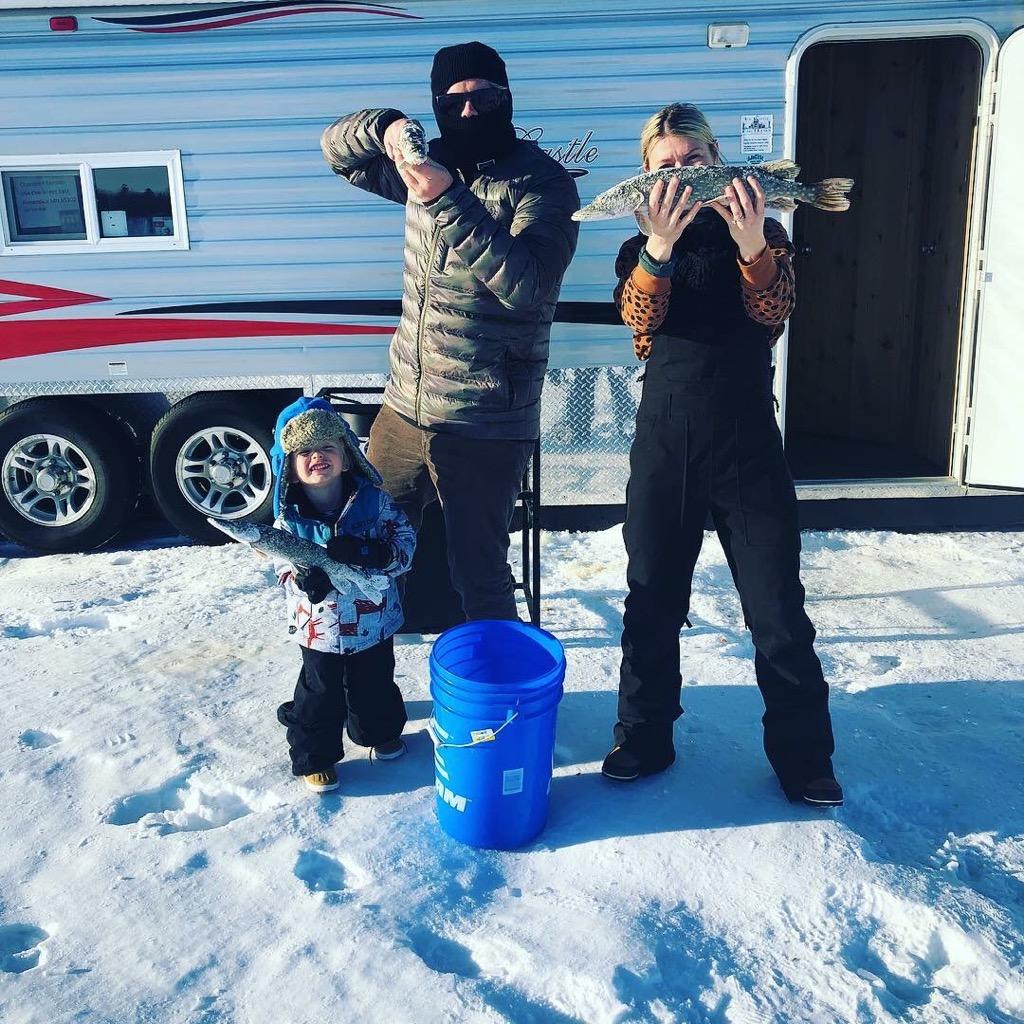 The picture below is of my Boy Levi he turned 4 years old I took him and his cousin Jaxon fishing overnight last week in a fish house. Managed two keeper walleyes and a sunfish and a bunch of smaller 12-14 inch walleyes we put back. We fished 22 ft of water. 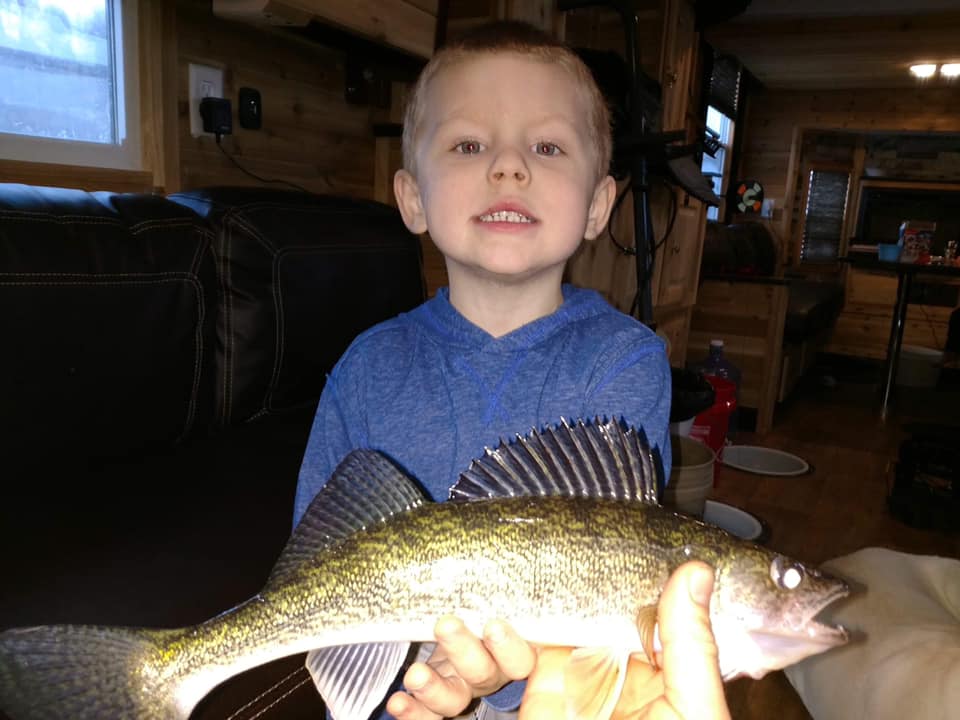 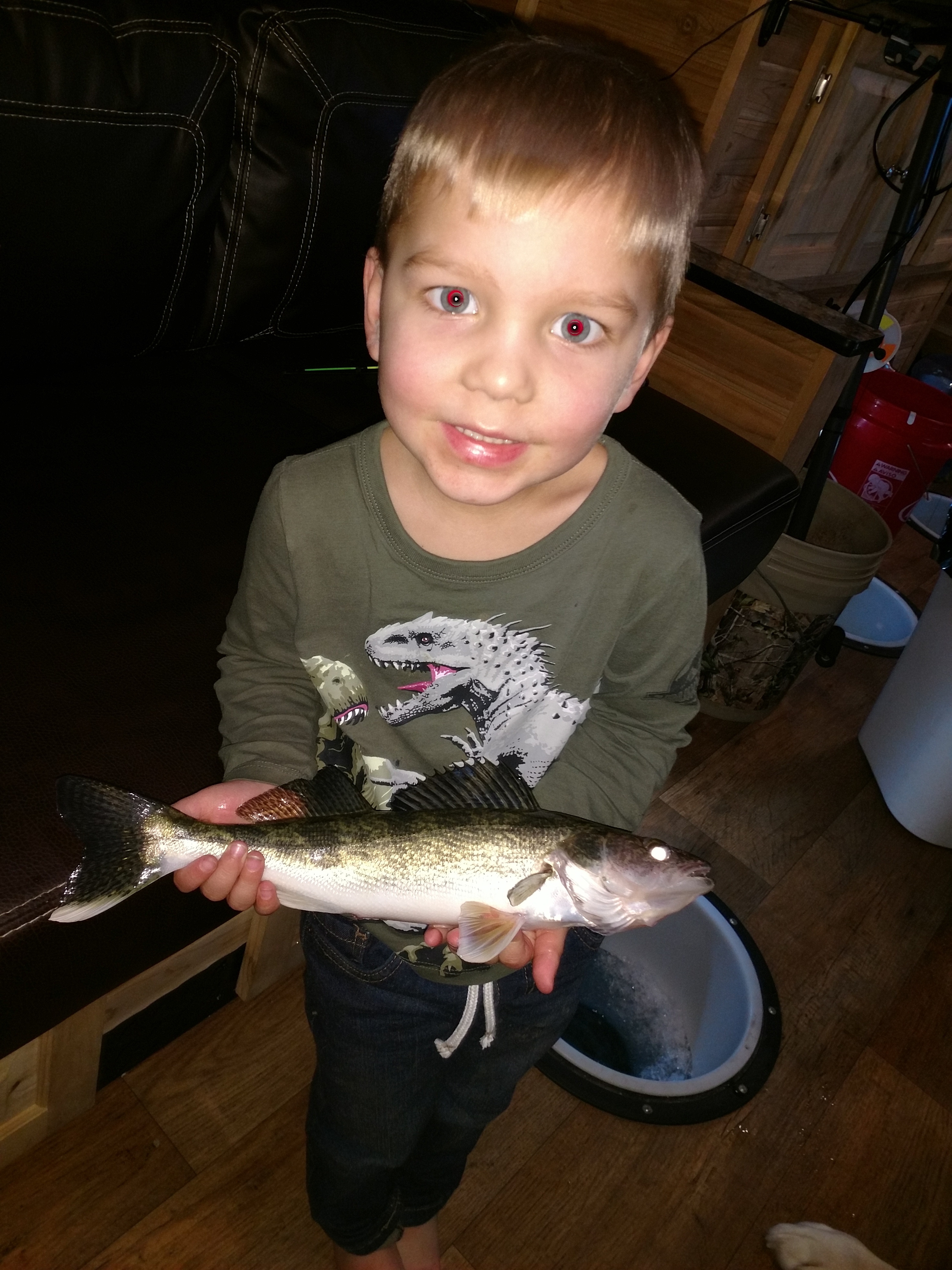 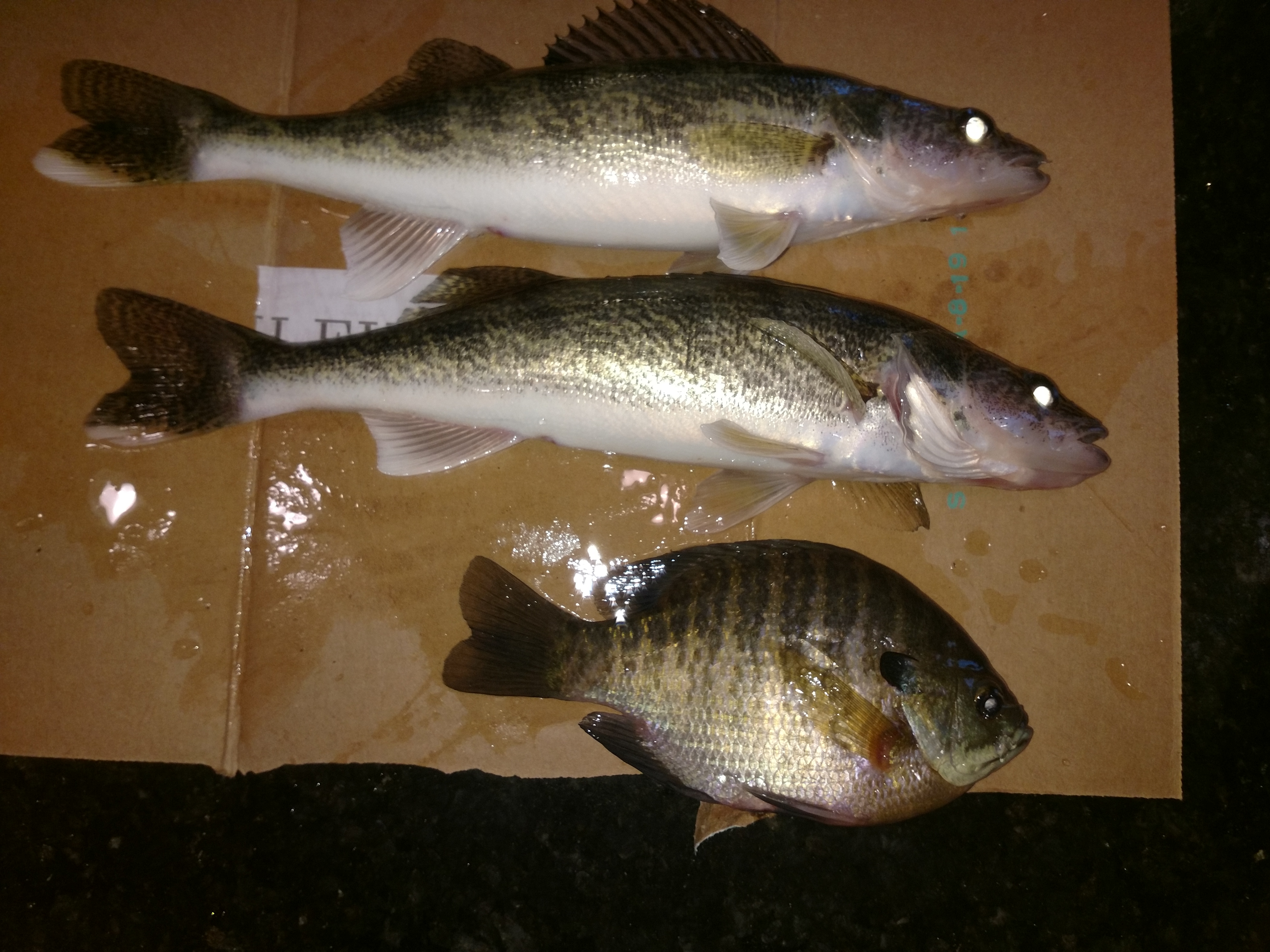